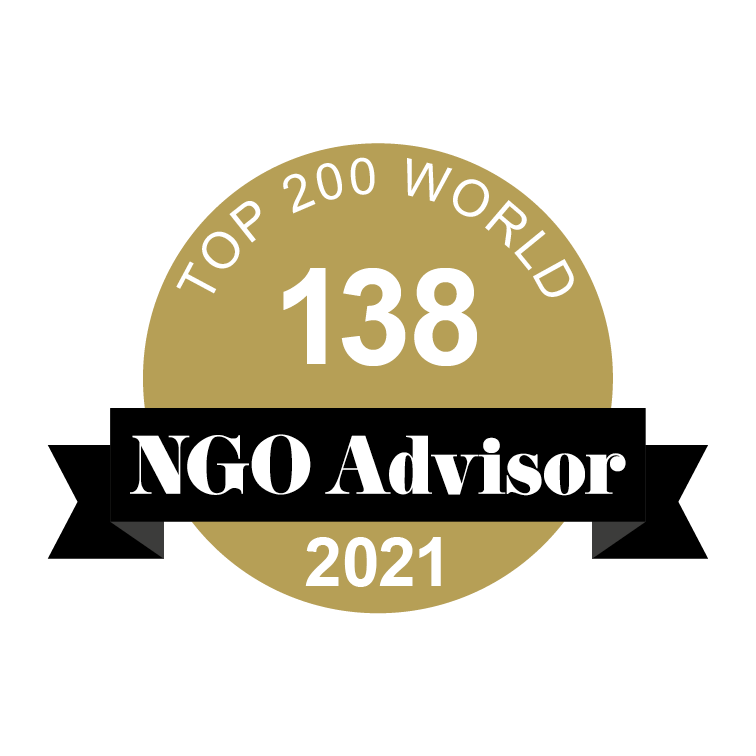 To get a full view of Womanity’s operations is like trying to take a snapshot of a car on the highway – the nonprofit is lean, agile, and moving at great speed. Add evidence-driven into the mix, and you’ve got one of the fastest-growing organizations in the sector today. Womanity takes after its founder, Yann Borgstedt. He wants to empower disadvantaged girls and women. He believes that we can achieve sustainable, efficient results when business and the social impact sector work together. Womanity is there to invest in audacious solutions that accelerate sustainable social change

Borgstedt is passionate about his topic. Give him the floor and you will see people in the audience joining Womanity’s hard work from Afghanistan to Brazil, from Palestine to India. He highlights that women’s empowerment is not just about compassion or blind support: he goes for hard facts, asks for more numbers, commissions studies, and monitors the feedback. He wants to make sure that Womanity’s case for women’s empowerment is solid. So far, he is doing extremely well at that, convincing thousands of people of the impact of women’s empowerment every year at the Womanity gala.

Womanity is run as a foundation, a nonprofit, a business, and a corporate holding all at once. As such, Womanity both runs its own programs and supports or allies with others. Its projects run from Radio Nisaa, the first women-run radio station in the Middle East, to WomenChangeMakers, a social enterprise program for entrepreneurs working in women’s empowermerment. Womanity brings funds and expertise to each project, analyzes the results, learns from what works in-house or at others, and replicates the best practices across other programs. It tests its results in academic reports and shares the findings broadly, for instance the 2015 IHEID report about its educational program in Afghan schools. It does so while still operating efficiently with a well furbished portfolio of activities and assets.

Womanity welcomes people with ideas related to its core objective with open arms. It constantly challenges itself to make sure that no time, no money, no inspiration is left out to no avail. And it is quickly evolving into a nonprofit that you will not want to miss.

The Womanity Foundation was established in 2005 by Yann Borgstedt, a successful businessman and entrepreneur who believes the best way to sustainable growth is through collaboration with the social sector and business world.

In 2007 Womanity expanded into Afghanistan to work with one of the biggest girls’ school in Kabul, the Al-Fatah School for Girls. Through its work training teachers, rebuilding infrastructure, and providing equipment to improve the quality of learning, Al Fatah became a model school in the country.

2008 saw fast growth for Womanity with the launch of five new projects aimed at encouraging people in underprivileged areas, or from minority groups, to access education, training, and employment. The work in Morocco, Israel, and the Palestinian Territories, focused on girls’ education and self-development, job-creation for single mothers, and support for rural communities.

During 2009 and 2010 Womanity’s key focus developed further with the launch of the WomenChangeMakers Fellowship and Radio Nisaa FM. These built on the strategic decision to invest in social entrepreneurs who have the capacity to change societal norms for women and girls, through high impact programmes.

In 2012 the new name was officially adopted with The Womanity Foundation expressing a determination towards the empowerment of women for the greater good of all humanity.

Launch of the Womanity Award and B100Ragl

In 2013 the Arabic radio fiction series B100Ragl (Worth 100 Men) was produced for broadcast in 2014 by 10 radio stations in 9 countries across the MENA region. In 2014 the pioneering Womanity Award for the Prevention of Violence Against Women was launched, the world’s first award for innovation in the field of preventing gender-based violence.

In 2018 The Womanity Foundation created a new disruptive media program: Wemean Media.
Wemean is an Arabic digital media company dedicated to creating and distributing entertaining content seen from a gender conscious lens. It’s mission is to leverage the power of media to challenge gender perceptions for a more inclusive society for Arab men and women.
Wemean operates and produces several channels and shows on social media cumulating more than 3m followers and 225m+ video views in 2018.

We are celebrating 15 years of bold and innovative projects for gender equality.
Since 2005, Womanity has invested $13,432,823 in women’s empowerment. We have reached 22.6 million people.

Today, the Foundation works in Afghanistan, Brazil, India, Mexico, South and North Africa and across the Middle East. It is based in Geneva, Switzerland with an office in the United Kingdom and a presence in the USA under the auspices of the King Baudouin Foundation.

Gender equality is a pressing moral, economic and social issue. We work to accelerate gender equality through innovative investments. Join us.

Full name
Yann Borgstedt
Short Biography
Yann Borgstedt Yann Borgstedt is a Franco Swiss entrepreneur, philanthropist and advocate of women’s empowerment and education. Life and career Yann Borgstedt was born and raised in Geneva and received his higher education in the United States. In 1996, he co-founded the web design firm Netarchitects, which was later sold to Altran Technologies. He then worked for a private fund on the redevelopment of the former United States Air force base Bentwaters in Suffolk, England. He went on to create, invest and manage a variety of diverse business activities in real estate development and exhibition management in France, England, Switzerland and the UAE. Him and his partner have backed the development of the Nobu Hotel in London and are launching Blakes Hotel Shoreditch and the W Hotel Ibiza. He is also a shareholder of the Wine Merchant one of the leading négociant in Bordeaux along with Dona Bertarelli and has a portfolio of social investments (MicroDON, The Helm, Allbright, les Eclaireuses...). Sustainable projects Yann started a series of green development projects, including the most recent plans for the development of a green neighbourhood in Geneva’s Praille-Acacias-Vernets (PAV) district, creating 400 residential apartments (two-thirds of which are for social housing) and a green residential tower. Philanthropy In 2005, Yann started the Womanity Foundation which is dedicated to realising women’s economic empowerment and their right to education and safe living in Afghanistan, India, Brazil, the Middle East and North Africa. In 2015, the Womanity Foundation was awarded 187th spot in the Top 500 NGOs list across the globe. Board appointments Yann is on the board of the Change.org Foundation and Internews, an international non-profit organisation whose mission is to empower local media across the globe, to give people the news and information they need as well as the ability to stay connected and the means to making their voices heard. Awards and recognitions Yann has been welcomed by Women Moving Millions , as the first European and one of the few male members, in recognition of his contributions to women’s empowerment. In 2016, Yann was awarded the BNP Paribas prize for Individual Philanthropy. In 2018, he was awarded the Global Philanthropic Philanthropy Prize for his innovative work with women.
Photo Portrait 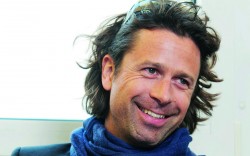