Powered by the belief that a better world is possible. 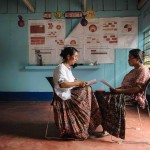 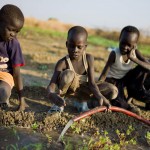 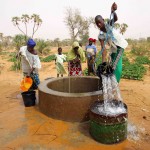 The organisation was founded in 1979 as Save the Refugees Fund, a task force organised by Dan O’Neill in response to the plight of Cambodian refugees fleeing the famine, war and genocide of the ‘Killing Fields’. This fledgling organisation helped focus attention on the humanitarian crisis and provided lifesaving aid to hundreds of thousands of Cambodians. In 1982 it was renamed Mercy Corps International, becoming Mercy Corps a few years later and establishing its headquarters in Portland, Oregon, USA. The organization shifted its focus from simply providing humanitarian relief to focusing on longer-term solutions to hunger, poverty and conflict.

Since then, Mercy Corps has grown and evolved, gaining national and international recognition for quick-response, high-impact, cost-effective programmes around the globe. In 1996 Mercy Corps merged with Scottish European Aid, and later opened European Headquarters in Edinburgh.

Over the years, our work has reached families and communities in more than 122 nations across the world. We have delivered more than $3.7 billion in lifesaving assistance, including food, shelter, health care, agriculture, water and sanitation, education and small business loans.

Today, Mercy Corps helps more than 28 million people each year recover from disasters, build stronger communities and find their own solutions to poverty. We have been an international leader in responding to the massive tragedy of the Indian Ocean tsunami, wars in Syria and Yemen, food crisis in South Sudan, displacement in the Democratic Republic of Congo and earthquakes from Indonesia to Haiti.

Mercy Corps was among the first humanitarian groups to use relief and development programmes to strengthen civil society. Simply handing out food, building a school or immunising a child is not enough — especially in countries torn by ethnic conflict and economic transition. Just a few weeks of armed conflict can destroy roads, schools, businesses and health systems that took years of traditional development work to build. Working side by side with the poor but hard-working families, we bring diverse groups together to create societies that are more peaceful, open, democratic and economically strong.

Mercy Corps is a global team of humanitarians who partner with communities, corporations and governments to transform lives around the world.

Mercy Corps is a global organisation, nearly 6,000 strong, powered by the belief that a better world is possible. Its mission: to alleviate suffering, poverty and oppression by helping people build secure, productive and just communities. Mercy Corps relies on 5,000+ team members who work with people in the world’s most vulnerable communities across 40+ countries. 86 percent of the team members is from the countries where they work.

We help people survive and get back on their feet when natural disaster strikes, economies collapse or conflict erupts. And where there are chronic threats to peace and progress, we partner with communities to overcome obstacles and thrive.

We live and work in more than 40 countries facing the world’s toughest challenges. We have no political or religious agenda. For about four decades, we’ve learned and grown alongside extraordinary people—more than 220 million individuals who understand their own needs better than anyone else. Our experience shows they are best able to strengthen their communities from within. In everything we do, we look for moments of transition to connect people to resources and expertise that can catalyze transformative change.

Together with our partners we are realizing incredible impact. By linking big ideas, bold action and local insights, we can change the world.

Our programmes are led by those who speak the local languages, know the culture and understand the unique challenges of each community. More than 86 percent of our field staff are from the countries where they work. Their hard work and personal commitment to success helps lift their neighbors from poverty.