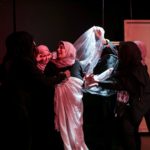 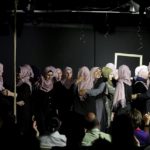 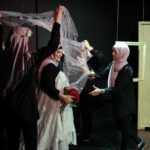 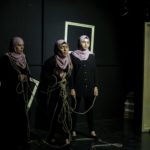 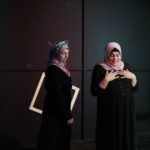 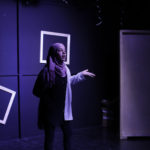 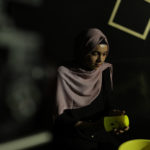 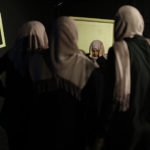 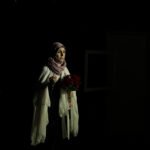 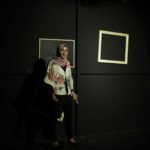 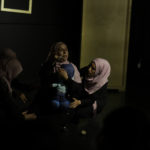 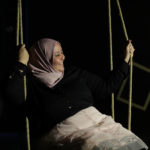 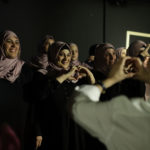 How are we the first and only organization self- empowering Arab women in the Arab world to become agent of Peace?

The Intisar Foundation’s mission – psychologically healing Arab women suffering from traumatic experiences through the use of drama therapy – is directly linked to our vision of fostering Peace in the Arab world. We are firm believers that self-empowering traumatised Arab women can transform them into the Arab world’s most impactful Peacemakers through a bottom-up peacebuilding and self-empowerment process.

As mothers, educators, and caregivers in the Arab world, women are a fundamental part of social change. Psychological support for women is a greatly overlooked area in the humanitarian sector and we are working towards closing this gap by providing non-stigmatizing, gentle and effective therapies using Drama Therapy.

Intisar Foundation aims to serve as a hub for actionable knowledge to catalyse the empowerment of Arab women by (1) providing psychological support programmes of drama therapy to Arab women impacted by trauma of war and gender based violence, (2) conducting rigorous in-house research on the impact of its work in order to offset the significant dearth of research in the field of drama therapy and psychology in the Arab world and (3) supporting the education of new female Arab drama therapists.

Each of these strategic goals is directed towards achieving the foundation’s One Million Arab Women initiative, a 30-year plan to alleviate psychological trauma in one million Arab women affected by the brutality of war and gender based violence through the use of drama therapy.

The work of Intisar Foundation is intrinsic to the success of any sustainable Peacebuilding effort in the Arab world because our mission is to ensure psychological recovery and psychosocial progress of Arab women traumatised by war and violence. A testament to that is our #OneMillionArabWomen initiative, a 30-year-plan to alleviate war and violence trauma in one million Arab women through the use of drama therapy. In support of our main purpose, we also also encourage excellence in the drama therapy education and research and development fields in the Arab world and beyond.

The Intisar Foundation’s approach to providing psychological support to Arab women suffering from the trauma of war and violence is considered innovative because:

We insist that our philanthropic capital must be used effectively and for maximum impact in order to bring about systemic sustainable change for Arab women.

For that reason, Intisar Foundation’s work is meticulously documented, researched, and analysed in order to ensure that the foundation continues (i) delivering measurable and evidence-based results, and (ii) to help offset the significant dearth of research in the field of drama therapy and mental health in the Arab world.

Furthermore, Intisar Foundation’s work has shown evidence of changing deeply entrenched cultural narratives, such as Arab women ending the practice of child marriages due to a newly-adopted belief that they can protect their daughters by encouraging them to gain education that will lead to their future economic empowerment and advancement. The foundation’s team also reports the cases of female victims of domestic violence standing up to their abusers. Plus, another outcome of drama therapy reducing PTSD symptoms associated with aggression and low-impulse control is the reduction of household violence either directly from the mother or indirectly through the reduction of tensions within the household and facilitating better emotional growth and communication within the family.

In addition, Intisar Foundation published the Research Booklet “Can Drama Therapy Evoke Neuroplastic Change In The Brain?” to raise awareness on the benefits of this psychological approach for alleviating war and violence trauma. ( https://intisarfoundation.org/wp-content/uploads/2020/11/Neuroscience-Booklet.pdf )

Our team of drama therapists and mental health experts will continue to work on a number of research projects that explore the qualitative and quantitative impact of drama therapy on vulnerable populations. This work is expected significantly to contribute to the field of mental health and psychosocial support in the Arab world and beyond.

We ensure that our work meets the highest quality standards due to being supervised by the Intisar Foundation’s Technical Committee compromising of the world-renowned experts in drama therapy.

Intisar Foundation’s educational arm is aimed at nurturing the talent of future Arab drama therapists in order to secure the required number of qualified experts who would continue on delivering the foundation’s programmes in Arabic and help it achieve its One Million Arab Women initiative.

In September 2020, the foundation signed a memorandum of understanding with the Holy Spirit University of Kaslik (USEK), a private university in Mount Lebanon, to support the enrollment of 15 female Arab students into USEK’s master’s curriculum in drama therapy in Arabic language.

Intisar Foundation relies on the values of integrity, innovation, and inclusiveness.

Intisar Foundation is committed to the highest level of ethical and social standards. As a UK-based charitable organisation, we ensure that our programmes are meticulously designed with the wellbeing of our beneficiaries and our staff at the forefront. We work with world-renowned experts in the fields of psychology and drama therapy to ensure that our interventions comply with the ethical guidelines of psychological care through the use of consent forms, identity protection, and guaranteeing dignity for the women we work with. Our programmes, research activities, and publications fully adhere to standards made to respect the anonymity of our beneficiaries.

We have developed a culturally sensitive and effective psychological approach while maintaining the core principles of drama therapy, which is well known and often used in Western countries but, until now, it has not been developed for adequate implementation in the Arab world.

Intisar foundation is committed to providing its support to women from all backgrounds and walks of life. Our programmes are open to any woman, regardless of nationality or background, who might benefit from our programmes.

Country (or countries) where active
Lebanon, Jordan, and in the Arab world