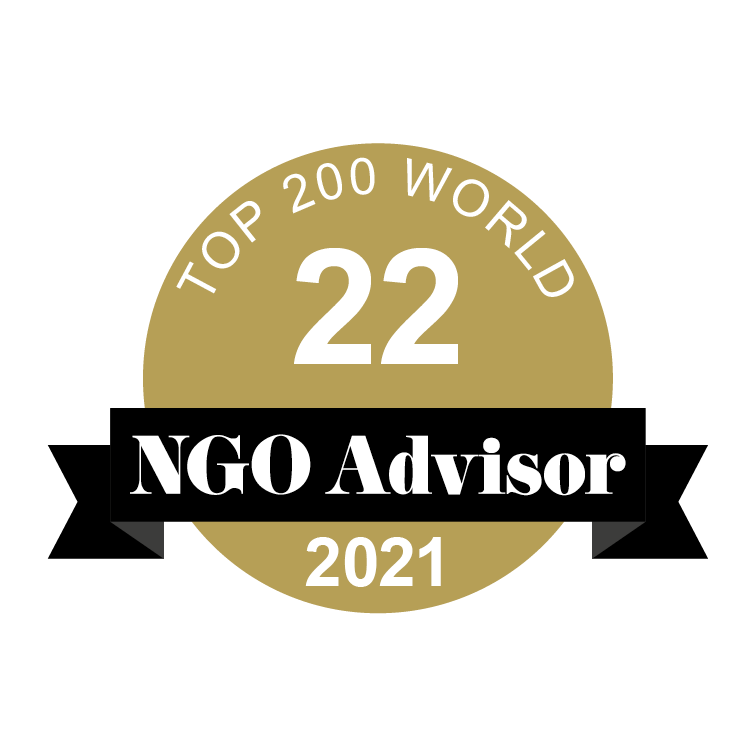 Paul Polak founded iDE in 1982 as an organization devoted to locally manufacturing, marketing and distributing affordable micro-irrigation and low-cost water recovery systems around the world. Envisioning local populations as potential entrepreneurs and customers rather than charity recipients was, at the time, an entirely new approach to nonprofit work. iDE took up the philosophy of social entrepreneurship before the term had been coined. In the years since its founding, iDE has proven to be a lasting, impactful, and truly innovative organization.

As part of its market-based approach, one of iDE’s core goals has been to integrate local manufacturing into the development process. This integration has encouraged affordable prices and created jobs and value within the low-income communities where iDE operates, including Bangladesh, Burkina Faso, Cambodia, Honduras, Nepal, and Ethiopia. Enabling the conditions and capabilities for local markets to emerge and envisioning the local population as customers, producers, and entrepreneurs has been the key to iDE’s success.

Over time, the relationship between iDE, its field staff, and local communities has evolved into a cross-learning experience. Local staff and populations have contributed innovative ideas and taken a prominent role in shaping their own markets. By uniting community-led change with years of development experience and expertise, iDE has scaled its projects with great efficiency in many different contexts and countries. And it does so with a voracious appetite for evidence and data-based decision-making. That makes for a very reasonable globalization to be part of. 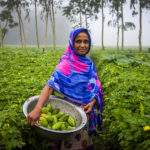 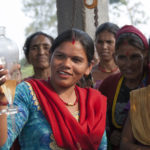 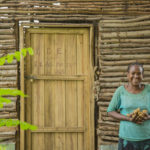 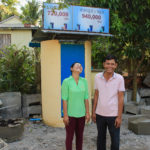 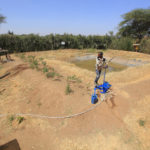 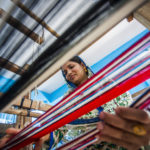 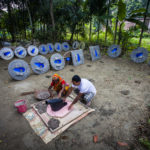 It all began with a simple idea—
Creating a global force for change based on the power of business to solve poverty.

When Paul Polak founded International Development Enterprises (iDE) in 1982, his idea that business was the solution to poverty was new and untested. Thirty-six years later, Paul’s concept has been proven not only by iDE but also by the increasing number of established and new organizations that have embraced this approach.

STARTING IN 1982
Reinventing the donkey cart
iDE’s first project emerged from Paul Polak’s visit to a Somalian refugee camp in 1982. Paul noticed that the refugees were carrying wood, water, and food by hand or with a very inefficient cart pulled by a donkey. Using abandoned car parts for affordability and working with displaced blacksmiths in the camps, Paul modified the donkey cart so that it had a more efficient center of gravity, enabling it to carry more weight. He then assisted the blacksmiths in selling these improved carts to other refugees, on credit, for $450. With the new cart, a buyer could earn $200 a month, paying back the loan with interest in 2.5 months. Five hundred carts were sold, producing more than $1 million of net income for cart owners in one year.

THE 1980S
Pumping it up
The problem in Bangladesh in the early 1980s was the lack of irrigation in the dry season. Although some farmers had obtained diesel pumps from the government, they charged their neighbors high sums instead of making the water available at a reasonable rate. iDE believed that manually-powered irrigation “treadle pumps” could solve the problem and allow small-scale farmers to bypass the “water lords” and increase their productivity. In a five-year period, iDE increased annual sales from 14,000 to 75,000. As of 2015, more than 1.5 million treadle pumps have been sold in Bangladesh, creating $1.4 billion in net additional income per year.

The success of these projects confirmed iDE’s mission that simple, affordable technologies enable hardworking rural households to become micro-entrepreneurs, creating a path out of poverty that is both sustainable and replicable.

THE 1990S
Market expansion
iDE’s initial successes demonstrated that entrepreneurs were everywhere, including refugee camps in Somalia and small farms in Bangladesh. Given the right technology and access to open markets, these struggling populations could increase their income and rise out of poverty. Over the last three decades, iDE has expanded its footprint to engage with local markets in more than 11 countries in Asia, Africa, and Latin America.

1995
The rise of WASH
iDE’s entry into designing solutions around water, sanitation, and hygiene (WASH) began in 1995. Staff in Vietnam noticed that households were elevating the treadle pumps in order to capture water in buckets, which they could then use in their homes for cooking and cleaning, as well as to irrigate household gardens. Realizing that a hand pump would be more useful, iDE designed a more inexpensive, easier-to-install model, resulting in sales of over 64,000 pumps. This caught the attention of the Vietnamese government, who wanted to know if iDE could achieve similar results with latrines.

Not only was iDE successful in selling latrines, our new process for designing, marketing, and delivering latrines was adopted by the Vietnamese government, as well as many organizations working to improve sanitation coverage. And our success with household irrigation pumps and latrines led us to realize that clean water was a prerequisite for our customers to be able to improve their livelihoods, which gave rise to our current full-sector market approach to WASH.

From Vietnam to Cambodia, then Bangladesh and Nepal, and now to Ghana, Burkina Faso, and Ethiopia, the approach of developing markets for sanitation and clean water has brought WASH solutions such as improved toilets and water filters to nearly 4 million individuals so far, and the adoption trend hasn’t crested yet.

TODAY
From products to services
Along the way, iDE has learned that the key to market-based solutions to poverty isn’t any specific technology. It’s how that technology—right-sized, resource-smart, and affordable—is implemented in the particular region, market, and client base that determines its success and sustainability. We have developed an entire service suite for ensuring market viability, including partnerships with local providers, knowledge and training in the use and maintenance of technology, and ensuring the availability of necessary inputs. We’ve also identified the need to extend credit to low-income populations so they can afford to adopt technology and other life-changing products.

In order to continue to be a positive force for progress, we at iDE have constantly challenged ourselves to learn from the past and to seek out new technologies and interventions in every place in which we do business.

Please Briefly Describe Your Economic Model.
iDE is a non-profit organization that relies primarily on grants to operate its programs. We also solicit donations from individuals. Social enterprises units within the organization conduct sales of affordable irrigation equipment and water filters, which comprises a small portion of iDE's income.

Poor women and men have the right to a secure livelihood. Markets are the most powerful force for significant, widespread and lasting impact on rural prosperity. The rural poor are customers, producers, and entrepreneurs. We listen to and learn from the people we work with. We value innovation and entrepreneurship. We are results-oriented, aiming for significant impacts for large numbers of people. We strive for economic, social, and environmental equity and sustainability.

If we want to end poverty, not just make incremental improvements, we must empower millions of people who now live on $2 or less a day to profit from the marketplace. Working in the areas of agriculture and WASH (water, sanitation, and hygiene), iDE designs business models that embrace the poor as business owners, sales agents, producers, and employees–creating a self-sustaining climate of opportunity. We’ve reached 30 million people so far. We know what works, and we’re ready to go big. The next 20 million will be about accelerating our progress. By reaching 20 million more in one quarter of the time, we will drive the revolution that will put an end to poverty.

iDE employs a strategy built upon the following four pillars:

Start with People –
People are more likely to invest their money in a solution that comes from their own ideas and desires. Using Human-Centered Design, we make no assumptions about what people want or what the final solution should look like. Instead, we develop a deep understanding of people’s lives to inspire our designs and market-based ideas. By asking first, we reduce risk and achieve success that is sustainable and scalable.

Design to Context –
Solutions to alleviate poverty and improve livelihoods aren’t universal. They have to be tailored to meet local contexts: social, cultural, political, and environmental.

We also focus on technology design that fit within the context of each particular farm, village, region, and country. We design and promote resource-smart technology that acknowledges local challenges and strives to make the most of limited funds, energy, labor, and water.

Business Delivers –
The poor work hard: growing food, tending a market stall, pouring cement into a latrine mold. Today they are struggling to get by, but with training, tools, and opportunities, they can become successful employees, sales agents, business operators, and entrepreneurs.

We mobilize the private sector by building a strong business case for marketing to the poor. By sharing decades of lessons from successes and failures and ever-changing customer insights, we reduce the risk and challenge of market entry for businesses of all sizes. We take special care to ensure that we’re building markets that can continue to strengthen after we move on, and are inclusive of marginalized people—those without access to land, capital, or information.

Where markets are so broken that basic market infrastructure does not exist, iDE creates financially viable social enterprises that are dedicated to social, environmental, and financial goals.

Results Rule –
The first phone many Africans use is a cell phone. It’s been cheaper and easier for developing countries to build cell towers than to string wires between rural homes. At iDE, we’re building on that technological leap to radically transform the lives of the poor—pioneering a dynamic cloud-based information system that connects every segment of our operations. This real-time data allows us to quickly prioritize investments that work and eliminate those that don’t.

Sanitation and Water for All (SWA)

The Toilet Board Coalition

Full name
Lizz Ellis
Short Biography
A seasoned expert in gender, monitoring and evaluation, finance, and economic growth, Lizz has over 20 years of experience with designing solutions for challenging markets in Asia, Africa, and the Middle East. Lizz speaks French and Moroccan Arabic, and has a working knowledge of Spanish. Lizz has travelled and worked in more than 22 countries. As a certified high-performance coach, Lizz specializes in leading innovative multi-cultural teams to financial growth and impact effectiveness. She holds a master’s degree with a specialization in international non-profit management from Rutgers University and a BA in History and Global Development Studies from Grinnell College, served as a Peace Corps Volunteer in Morocco, and has been consistently recognized for her passionate commitment to developing those she works with. In addition to serving as Chair of the Board for Posner Center for International Development, she also serves on the iDE UK Board of Trustees, and on the Boards of Hydrologic Social Enterprise, Hilltribe Organics (a Thai social enterprise), iDE International Foundation in Switzerland, and iDE Ghana.
Photo Portrait 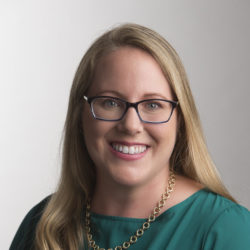 The 2009 Bylaws were simply updating the provisions to conform with the needs of the organization at that time.

DARA INSTITUTE (Saúde Criança)
AFLATOUN INTERNATIONAL
Privacy
When NGO Advisor makes data available online, we use cookies to help us to do this. Some can't be switched off, and some are optional to support your experience in other ways.
Manage options Manage services Manage vendors Read more about these purposes
See preferences
{title} {title} {title}