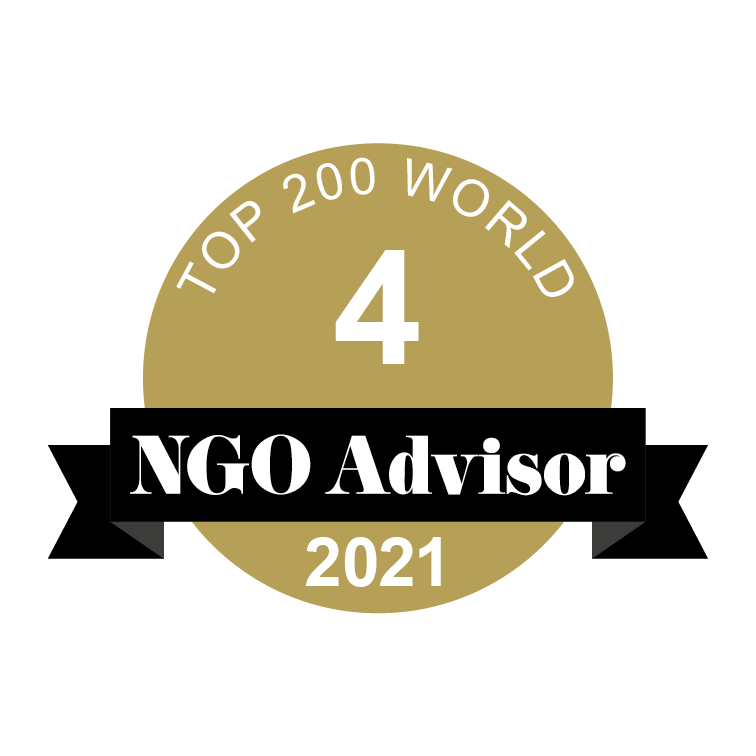 All Eyes On Migrants And Refugees

Formed after the devastation of World War II and the European refugee crises triggered by the Soviet invasion of Hungary in 1956, the Danish Refugee Council (DRC) has been a constant, trusted presence in the humanitarian sphere for over 50 years. Over the last five years DRC has not only more than doubled its income from 124 million euro to 299 million euro, but it has pushed efficiently to become one of the best organizations in terms of transparency and accountability.

The Danish Refugee Council has developed an enviable reputation for itself as a leading actor in insecure environments, including through the respected conflict zone work of the Danish Demining Group, the organization’s dedicated humanitarian mine action unit. At the same time, consistent with the trend toward increasing diversification of activities amongst major humanitarian organizations, the Danish Refugee Council also works across a number of ‘nontraditional’ recovery-focused sectors, including: housing and small scale infrastructure, income generation though grants and microfinance, food security and agricultural rehabilitation, displacement-related law and information, social rehabilitation, and NGO networking and capacity development.

As an umbrella body comprising 30 members, the Danish Refugee Council’s network and impact is expansive. Perhaps more importantly, the organization’s strong commitment to partnership and collective action is symbolized in collaborative innovations like the Joint IDP Profiling Service, which has become a one-stop shop for data-driven humanitarian planning throughout the sector. Ultimately though, one need look no further for evidence of the Danish Refugee Council’s reputation amongst those that count than the pattern of significant increases in institutional donor funding in recent years. 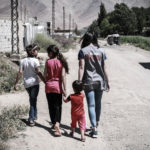 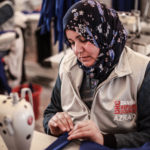 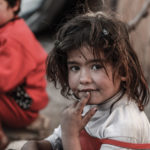 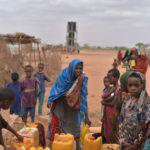 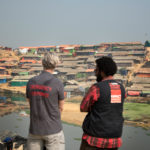 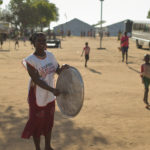 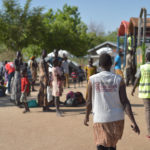 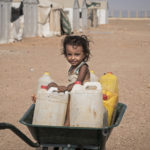 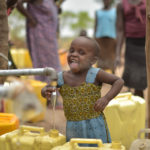 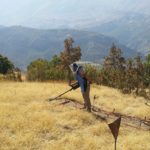 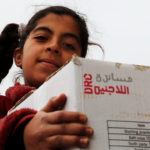 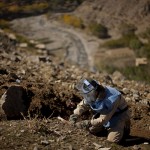 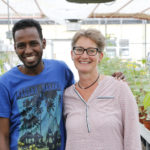 In November 1956, the Danish Ministry for Foreign Affairs, asked a number of Danish organizations to come together to help the 1,000 Hungarian refugees, from the aftermath of the Hungarian Uprising. The Danish Refugee Council was born as an umbrella organization of nine member organizations. It was thought as a temporary creation, but this was unfortunately not how it went.

During the 1960’s, 70’s and 1980’s, the Danish Refugee Council was responsible for welcoming refugees into Danish society. Among other things, the organization coordinated a range of volunteers and did language courses – which it continues to do to this date. Since the early 1980’s, DRC has been offering counselling to asylum seekers in Denmark Additionally the organization has through its history done collections aimed at collecting funds for helping the world’s refugees.

The Danish Refugee Council began its international operations in the early 1990’s when civil war broke out in Yugoslavia. From 1992 and on, Danish drivers conducted hundreds of emergency assistance convoys to Bosnia and later in Kosovo. DRC was at a time responsible for half of all the aid to the conflict-affected persons and established a number of long-term projects for the many displaced people.

In 1997, the Danish Demining Group (DDG) was founded as a collaboration between DRC and a number of other organizations to clear unexploded ordnance and mines. A couple of years later, DDG became an integral part of the Danish Refugee Council. Since then, DDG has cleared mines and other munitions in a number of countries and is today also heavily engaged in Armed Violence Reduction and Mine Risk Education.

In the years after 2000, DRC continued its expansion worldwide and has worked closely with UNHCR to help refugees and displaced persons. In 2000, the organization worked in 15 countries and just five years later, it had expanded its operation to cover 23 countries. Another five years later, the Danish Refugee Council worked throughout 29 countries. Today the total number of countries is more than 35; including asylum counselling and integration work in Denmark.

Over the summer and autumn of 2015, the situation in Greece and several other European countries developed into a humanitarian crisis which the countries were unable to handle themselves. In the autumn of 2015, DRC stepped in to support the Greek authorities in aiding the refugees arriving in the country. In Macedonia and Serbia the Danish Refugee Council’s opened and expanded existing programs to help the thousands of refugees who wandered through Europe in search of peace and security.

Since then a constant shift in European and global policies and a continuously debate on these issues have also changed the way humanitarian work is seen and being used. Increased displacement and absence of solutions. In addition, refugees and IDPs are part of the irregular migration movements where they mix up with people migrating for a variety of other root causes such as poverty and climate changes – with all groups being exposed to same severe risks and violations en route. Increased pressure on international conventions and asylum system. A situation where political considerations trump legal and moral responsibilities for ensuring that people live in safety and dignity. Displacement is no longer isolated to the humanitarian sphere, but a broader security and development challenge.

Today the organization has 8,300 employees in 40 countries – and 8,000 volunteers in Denmark. Each day, DRC strives to do better and assist refugees and the displaced, protect their rights and empower them towards a better future. Unfortunately, the organization is still as needed as ever with continuing growing numbers of displaced globally, new crises erupting and a lack of durable solutions for refugees and displaced.

Please Briefly Describe Your Economic Model.
The economic model of DRC includes the diversification of income sources that provide DRC with the best platform for its activities.
The diversification of funds is from institutional donors as well as from private and corporate entities in regards to DRC’s international activities and funds from the Danish State Budget as well as from Danish local authorities and corporate entities in respect of national activities.
The economic model includes having a strict focus on cost-effectiveness, enabling the organization to be able to make continuing capacity building investments globally. The model also includes having a solid equity base, which gives the organization the financial strength to act responsible.

“The Danish Refugee Council is a private independent organization whose aim is to protect refugees and internally displaced persons from persecution and promote lasting solutions to refugee problems on the basis of humanitarian principles and human rights.” (DRC statutes section 2.1)

A Syrian internally displaced from the present crisis would receive emergency relief inside Syria, then shelter and cash relief as a refugee in Lebanon, then protection in transit in Greece and Serbia, then benefit of our European advocacy efforts at EU level, then through legal advice in Denmark during the asylum process, then through the support to integrate in Denmark, then through counselling if at some point, there is a stable situation, wishing to return and finally in the form of livelihood and long-term solutions once back in Syria – in addition to the ability to live in an environment no longer contaminated with mines and unexploded ordnance, cleared by DDG.

It goes without saying that we at the same time need to remember that more than 90 percent of the world’s displaced are being hosted in the region of origin. Often some of the most poor and fragile states. That’s why DRC always work with a holistic approach in our responses – and why more than 80 percent of our work are globally.

See more about our Response Framework in section 04 in The International Humanitarian work of the Danish Refugee Council – https://drc.ngo/media/3472097/6-drc-introductory-folder.pdf

As a private humanitarian organisation, DRC’s work covers all aspects of refugee issues based on humanitarian principles and human rights. Our overarching mission is to assist and protect refugees and to empower them towards a better future.

We strive to provide sustainable solutions for refugees, displaced people and host communities coupled with the objective of enabling those we assist to live dignified lives.

We assist refugees and the displaced, protect their rights and empower them towards a better future

A dignified life for all displaced

The CHS Alliance (for the Core Humanitarian Standard)

The Emergency Shelter and NFI Cluster

Full name
Charlotte SLENTE
Age
1966
Short Biography
Ms Charlotte Slente is appointed Secretary General of the Danish Refugee Council as of December 1st, 2019. Ms Slente comes from a long career in the Royal Danish Ministry of Foreign Affairs and has held multiple senior management posts central to Denmark’s development and humanitarian policy, hereunder State Secretary for Development Policy and Under-Secretary of State for Global Development – heading the Danish International Development Agency DANIDA. Charlotte Slente has also served high-level diplomatic posts, including UnderSecretary of State for Global Politics and Security, as well as Under-Secretary of State for Consular Affairs. Ms Slente has been Ambassador for Fragile States, as well as Economic Diplomacy and held several senior posts at Denmark’s bilateral Embassies. Ms Slente started her career with UNDP and holds a Master of Science in International Business Administration and Modern Languages from the Copenhagen Business School. Charlotte Slente was born in 1966 and is married to Alberto, with whom she has two grown-up sons.
Photo Portrait 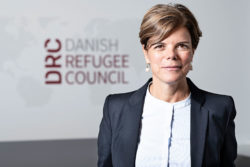 Legal Status
DRC is a private independent non-profit association
Year of Registration
1956
Are Your Bylaws Publicly Available ?
Yes
Are Your Bylaws Provided On Request ?
Yes
Provide a Request URL or Email
https://drc.ngo/media/4659209/drc-statutes-2018-signed.pdf
Date of Bylaws' Last Modification
2011
Reason(s) for Modification(s)

OPEN SOCIETY FOUNDATIONS
ASHOKA
Privacy
When NGO Advisor makes data available online, we use cookies to help us to do this. Some can't be switched off, and some are optional to support your experience in other ways.
Manage options Manage third parties Manage vendors Read more about these purposes
See preferences
{title} {title} {title}