Empowering children, youth, and communities in the Mekong Sub-Region 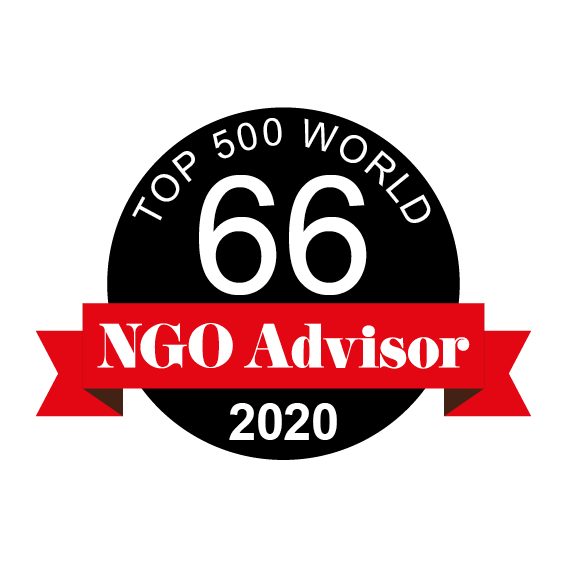 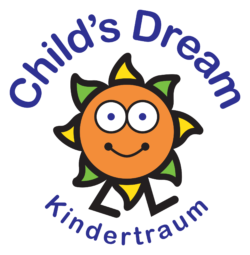 Is Your Organisation Membership-based ?
No
History

Child’s Dream was established in 2003 by two Swiss bankers who gave up their well-paid jobs to start a charitable organisation. Child’s Dream was established with the vision to empower underprivileged and marginalised children, youth, and young adults to responsibly shape their communities in the Mekong Sub-Region, which includes Myanmar, Laos, Cambodia, and Thailand. At any given time, Child’s Dream reaches more than 300,000 children, young adults, and teachers through its programmes in basic education, higher education, and health.

Child’s Dream works in the Mekong Sub-Region because we see it as central to many humanitarian crises fueled by poverty, economic inequality, corruption, a lack of understanding of ethnic and indigenous people, and civil and political unrest. The children are suffering the most – they are subject to exploitation and abuse due to a lack of legal status and access to educational opportunities. Especially in rural areas of Myanmar, Laos and Cambodia, many children die before the age of five, are severely malnourished, and are engaged in child labour. Additionally, 1.5 million children are out of school, and less than 50% enroll in secondary education (UNICEF, 2017). Child’s Dream focuses on the most remote and neglected areas in Myanmar, Laos, Cambodia, and Thailand.

Child’s Dream has built over 280 school buildings and over 70 boarding houses, providing access to education to tens of thousands of children. We have enabled over 1,500 students to complete high school, and about 500 university students have received our full-ride scholarships to pursue higher education at university (with 213 university scholarship alumni so far). Over 10,000 youth have received vocational training for their employment. More than 1,700 children have undergone life-saving operations and tens of thousands of children have received deworming, vitamin A and malaria prevention treatments.

As of 2018, average initial enrolment rates at the new schools (or where boarding houses are now provided) have increased from an estimated 40% to 85%; average yearly attendance rates have increased to more than 90% from around 60%; and average graduation rates at secondary schools rose from as low as 0-5% to 80%. As of 2016, 60% of our alumni worked in their field of study and contributed to the development of their home country.

How It All Started

“It was in October 2003 when Child’s Dream was founded in a small house on Patan Road, Chiang Mai, Thailand. We had freshly quit our jobs as bankers with one of the world’s leading financial firms. A life that used to take place in the fancy office buildings of Zurich, Singapore, Hong Kong and Seoul was suddenly over. Our decision to quit our jobs and create a development organisation didn’t come overnight. It was during our numerous backpacking trips throughout Southeast Asia that we became increasingly aware of the severe socio-economic challenges the region was facing. Lack of sufficient education and healthcare, economic inequality, corruption, exploitation and human rights abuses have severe effects on a population, especially on its most vulnerable part: children and youth.

We started out with very little: a shared desk, an old laptop and probably the worst internet connection on the planet. We were fueled by an immense passion to help, which has never left us. In late 2003, we implemented our first project, which was a system for clean drinking water. Our first donors were our family and friends whose worries about our “sudden career changes” quickly turned into unconditional support. Today, Child’s Dream has close to 50 people working in three offices in Chiang Mai, Siem Reap and Yangon. With an efficiency oriented, result-driven attitude “imported” from the business sector, we have implemented over 700  projects and programmes in four countries; many more are in the pipeline“. Marc Thomas Jenni & Daniel Marco Siegfried

Child’s Dream is directly working towards the United Nations’ Sustainable Development Goals such as ‘Good health and well being (3)’, ‘Quality education (4)’ and ‘Reduced inequalities (10)’ with the main focus on education. We focus on education because it is proven to be one of the most important factors for sustained social and economic development. Education also promotes a culture of peace, tolerance and understanding and builds a foundation of diversity, human rights, and freedom. One of the most important reasons why children and youth in the Mekong Sub-Region cannot complete their education is poor health. Therefore, we have to start on basic health interventions to reduce childhood mortality and to allow children to participate in education.

Please Briefly Describe Your Economic Model.
Our economic model is based on diversifying funds' sources and on keeping an extremely low administration cost ratio to make sure that the funds we receive benefit our beneficiaries. Our fundraising model targets five major donor groups: high net-worth individuals, trusts, foundations, corporations and "small" ( "other") donors. In 2017, we received 48% of our funds from foundations, 30% from individuals, 12% from trusts, 8% from companies, and 2% from other sources. The model has evolved organically from our background in the financial sector (private banking), capitalising on a wide network of wealthy individuals, executives and philanthropic advisers. At the same time, during the years of our existence, we have managed to establish an impressive pool of "small" donors who help maintain the continuity of our activities with regular donations.

Our administration cost is extremely low – between 5-10% of funds raised in a year (currently below 6%). We are a small organisation of approximately 45 paid staff, based in the heart of our impact region, with offices as close as possible to our beneficiaries (Chiang Mai, Yangon, Siem Reap). We do not hire fundraising agencies, we have a very flat and lean management structure, we have no marketing budget, and our low staff turnover saves us time and training costs. In all of our projects and activities, we utilise the energy and skills of volunteers and the resources of our widespread networks (for instance, when we travel overseas, we can often use air mile donations and private accommodation and vehicles provided by our friends).

At Child’s Dream, we believe that education is a powerful driver for sustained social and economic development. If offered in its entirety, from nursery school to either vocational training or university programmes, education allows children to gradually acquire the knowledge and skills that would enable them to make the right decisions for their lives, to find employment, and to set foundations for a self-determined life.

Many communities in remote areas of the Mekong Sub-Region do not have schools at all. Children have to travel long hours to the closest school. It’s not only physically challenging but also their families can be less supportive for their education (as children are actively engaged in family businesses). Sometimes, communities do have school buildings, but they are either made of wood and bamboo and are dilapidated or are not large enough (with several grades sharing the same classroom). Boarding houses are usually cramped dosshouses without running water or electricity, resulting in students living in unsafe and unhygienic conditions. All of these challenges result in children missing classes or completely giving up on schooling.

Without adequate education, children in the Mekong Sub-Region have little or no hope for a future free from exploitation and abuse.

To make sure that our impact is durable, we partner with communities, educational offices and community-based organisations and follow up on our projects and programmes, not only during implementation, but also several years after. We do not engage in a project if the community is not willing to make a contribution (skills, material or labour). We keep our administration costs extremely low (5-10% of total expenses) to make sure that the money donated goes where it is needed.

In our work we are committed to close, trusting relationships with all stakeholders, immediate access to communities, participation of donors in whatever we do (we have nothing to hide and encourage every visit to the site), and transparency (we prepare detailed reports and perform annual financial and operational audits).

To date, we have mainly focused on developing infrastructure in remote areas with limited or no road access and on giving marginalised indigenous youth access to education. We are committed to expanding our services for children and youth in need in the future, but with a greater focus on quality and relevance of education:

More about our development approach and holistic impact on society (click here).

We have MoUs or operating licenses with the following government bodies in the four aforementioned countries:

We support many NGOs and community development organizations running health and education programs in the Mekong Sub-Region, including the following:

Details of our Hong Kong auditor are available on request or can be found in the respective annual report on the last page.