It's beyond assistance - it's transformation 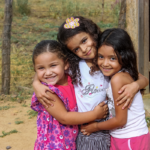 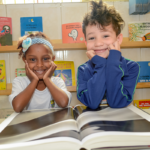 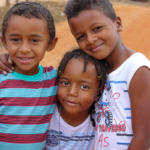 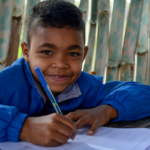 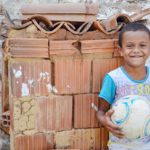 ChildFund Brasil is an organization affiliated with ChildFund International, which was founded in 1938 and is present in 58 countries as part of ChildFund Alliance. ChildFund is one of the largest and oldest humanitarian organizations for child development in the world.

In Brazil, the organization was officially registered and instated in August of 1966. Belo Horizonte, MG was ChildFund International’s first regional office in Latin America. Today, ChildFund Brasil’s headquarters are still located in Belo Horizonte, and there are six field offices around the country: Fortaleza (CE), Cariri (CE), Vale do Jequitinhonha (MG), Anagé (BA), Santa Luz (PI), and Cavalcante (GO). These offices are located closer to the assisted communities, therefore they are strategic in monitoring the implementation of social technologies, programs, and social projects.

At the beginning of its operations, the organization passed on financial resources donated by foreigners to daycare centers, orphanages, and nursing homes located throughout the country and in other countries in South America. Baptist missionary Dr. George Doepp was the first to implement and coordinate the work. In 1971, a Brazilian board of directors became responsible for the management, and ChildFund Brasil expanded its scope of action. They opened an office in Fortaleza (CE), which had a high infant mortality rate, and also began to work in Vale do Jequitinhonha (MG). In the 1980s, the organization changed its strategy. It stopped passing on sponsorship money directly to the families and began investing resources in projects defined and managed by the community itself. From the 2000s, the organization expanded into new areas. In 2016, it directly benefited 40,000 children, adolescents and young adults in regions of vulnerability in the states of Ceará, Rio Grande do Norte, Pernambuco, Minas Gerais, Piauí, Goiás, and Bahia.

ChildFund Brasil is a non-profit philanthropic organization, whose legal nature is that of a private company. It has the Certification of Charitable Social Assistance Agencies (CEBAS). Such certificate is exempt from social security contributions, which makes it possible to allocate more resources for investment in our social actions.

ChildFund Brazil is a non-governmental organization, affiliated with ChildFund International and focused on social development. Through a solid experience in developing and monitoring social programs and projects, we act to transform lives.

ChildFund Brazil’s vision is a world in which children exercise their rights and achieve their potential.

Our mission is to support children, teenagers, young adults, families and entire communities in deprived, excluded and vulnerable situations so that they have the capacity to improve their lives and are given the opportunity to bring positive and sustainable change to their communities.

Aiming to promote long-lasting results, our social projects are developed with a strong engagement from the families, communities, and society, leading to an environment that protects and take care of children, teenagers, and young adults.

ChildFund Brazil has strong values and all our actions are driven by them:

Country (or countries) where active
Brazil