Are Experts Killing Us Softly? 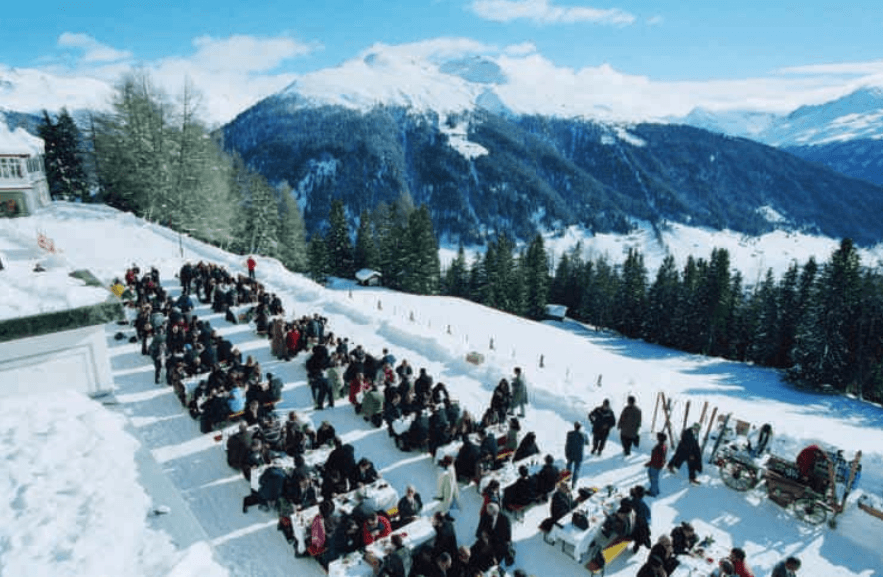 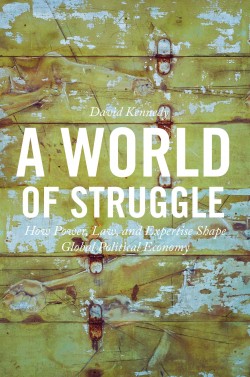 As the former WTO Director-General Pascal Lamy used to put it, the world of global governance seems to occupy the same physical state of matter as gases, with particles moving about freely, devoid of hierarchical differentiation. Everything seems disorganized and chaotic. Ideas, people, even organizations whiz back and forth as if they were atoms bouncing around.

Reading David Kennedy’s latest work, you would be tempted to think that he is one of these atoms himself. A professor of law and international political economy, a regular participant in the World Economic Forum, and the author of multiple books on global governance and international law, Kennedy writes A World of Struggle from the position of a true expert. Yet his most recent work critiques and ultimately condemns experts’ powerful command of the world of international relations. The irony here is intentional. In writing this monograph, Kennedy asks those of us in international affairs to take a step back to consider the broader implications of the world we find ourselves creating and to examine the reasons and objectives behind our actions. In this endeavor, he succeeds.

In his analysis of global governance, Kennedy calls his own actions into question, as well as the actions of everyone involved in constructing this transnational sphere. For this space has so far proven itself to be unyieldingly undemocratic. In this world there are no political parties, no democratic representation, hardly any public debate for citizens to express their opinions. Far more than nations, what we find in this sphere is a no man’s land of experts. It is here, in “Globaland,” where we meet the expert class – appointed, self-appointed, self-proclaimed experts – a sizable cohort of which comes from civil society and the nonprofit sphere. Kennedy does not judge any particular expert group, but he spares no one in his analysis of this brutal world, least of all himself. He finds that experts have untethered themselves from the realm of analysis and fact to instead construct a complicated latticework of legal jargon and technocratic doublespeak, far removed from the consequences of their own policies. This rule by experts has resulted in a remarkably unjust world.

Lost or manipulated in expertise?

Kennedy’s writing is brilliant, perhaps a little too brilliant. From time to time, Kennedy’s writing falls into a trap he himself describes, a trap so many other experts have found themselves in: to lean so heavily on one’s own expert knowledge that jargon begins to overtake narrative, or conversely, one’s own expert jargon becomes another knowledge en soi. As many experts do, Kennedy weighs down each phrase with minutia, making it difficult at times to follow his argument. Ultimately, however, his final point is clear and alarming: beware of experts, as they might not be entirely clear about what they say and what they want to achieve.

It seems natural that as the Director of the Institute of Global Law and Policy at Harvard Law School, Kennedy would deconstruct the way his colleagues and experts conduct themselves in international legal policy. But it would have been perhaps even more interesting to get Kennedy’s take on how economists have begun to wrest the world of politics from the hands of legal experts, politicians, and citizens.

Still, Kennedy is a true delight to read. In chapter 5, “Expertise in Action,” Kennedy writes:

The expert practices for distinguishing appropriate from inappropriate political interference in economic markets are useful because they are indecisive and schismatic in structure… Small differences can stand in for large choices in a way that permits people to balance otherwise hyperbolically and reach resolutions practically. Working with these tools, experts generate the experience of reasoning together without the experience of either responsibility for deciding or the necessity to decide one thing or another. (153)

In this chapter, which reads almost more as a pamphlet for than an analysis of the global political economy, Kennedy points out experts’ ability to mesmerize decision-makers so seamlessly that we rarely even notice their influence. At this rate, our gas-like and undemocratic state of international relations will sustain itself for a long time, its many flaws and tradeoffs hiding behind closed doors.

To Save Or Not To Save Experts

One happy result of reading Kennedy’s book is that it opens up a world of literature around experts. Recent work by Lisa Stampnitzky, Lecturer at the University of Sheffield, exemplifies the analysis of expert rule in its deconstruction of experts’ narratives. Limiting herself to the discourse around terrorism, Stampnitzky puts forward a deep analysis of how experts construct narratives that come to define our everyday lives. Her model proves indispensable even outside the realm of terrorism studies. It allows us to understand how much our world is defined by the abuse of expert rule.

Equally as interesting is Harry Collins’ work. Collins, Professor at Cardiff University, seeks to examine the significance of scientific expertise in a world where social networks allow anyone with a blog to take up the title of journalist. In Are We All Scientific Experts Now?, Collins defends expertise, in this case scientific expertise, with gusto. The work nearly reads polemical as it condemns the popularization of expert knowledge and its ability to distort the truth in our new public sphere. Collins writes this book almost with pleasure, as if he feels his work to be a flash of wit equally as humorous as it is terrifying. Though the tragicomedy is a difficult genre to master, Collins pulls it off in this case. He writes: “Even a minor expert can recognize certain kinds of mistakes even if they are not acknowledged by the party making them.” Experts against experts. No doubt this is the route that Kennedy would have us take until we create a system that allows citizens to vote on transnational issues.

NGOs: A Long and Turbulent History

Where Next for the Impact Movement?
Privacy
When NGO Advisor makes data available online, we use cookies to help us to do this. Some can't be switched off, and some are optional to support your experience in other ways.
Manage options Manage third parties Manage vendors Read more about these purposes
See preferences
{title} {title} {title}