“We realized that our strength is creating and harnessing global movements,” say Shaban & van Eijk, Co-Directors at CYFI

Published by Jean-Christophe Nothias on November 7, 2018 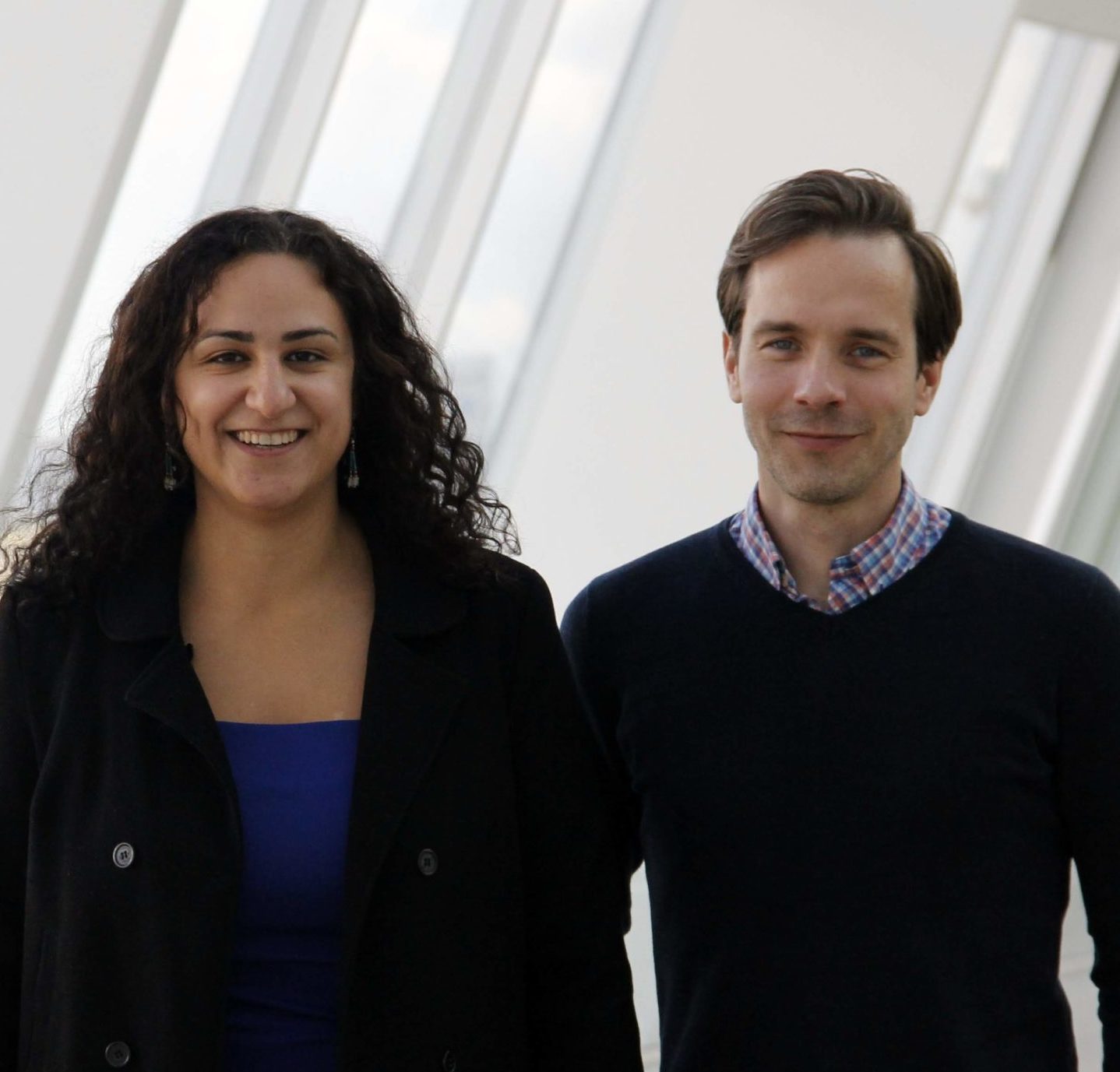 Launched in 2012 by Jeroo Billimoria, the founder of Aflatoun and Child Helpline International, Child & Youth Finance International (CYFI) is proof that small NGOs can change the world by following their conviction, ideas, expertise, and genius. The word “genius” may sound a bit extreme, but it is a difficult word to avoid when looking at how much CYFI has accomplished in its short history. Through using its innovative collaborative systems change model, it has succeeded in creating and nurturing a worldwide movement to provide children and youth with financial education and economic citizenship. Today CYFI enters its next stage with Co-Directors Lubna Shaban and Bram van Eijk at the helm, it is time to step back not just to consider the accomplished, but to reflect on how to take CYFI from there with further impact in mind.

Jean-Christophe NOTHIAS (JC): CYFI has grown very rapidly in just a few years, since 2012. It presents an incredible track record in terms of success when it comes to financial inclusion and empowerment. Could you characterize the expected versus the unexpected part of that success?

Bram van EIJK (Bram):  When we first started CYFI, our aim was to create a global movement on social and financial education for children, and their financial inclusion. Basically, children and money. Not exactly the most obvious or traditional topic when thinking about improving the lives of children. But we were adamant that financial skills and knowledge were the way to help children and their families out of poverty, or to avoid poverty all together. We thought this endeavor was bigger than us, but the role we could play was somehow clear to us: we kept coming back on the idea of coordinating some kind of global action on this topic. We knew we had to bring awareness to the issue, connect stakeholders that didn’t typically collaborate, and encourage government to ingrain social and financial literacy, and financial inclusion into the DNA of their countries. We saw the huge hill we had to climb, and just starting going for it.

Lubna SHABAN (Lubna): The past years have been incredible. We have worked hard with our stakeholder network to really put this topic on national and international agendas. Just look at Global Money Week! It is celebrated in over 150 countries, and has taken on a life of its own. We never could have expected that, and I think the main reason for that is the level of ownership that each country has for their own Global Money Week activities.

We’ve seen it reflected in governmental policies too – we have seen many of the countries we have supported create financial education and financial inclusion policies. In fact, this change was so rapid that we had to re-examine our strategy plan, which was originally meant to go on until 2020. Last year we called in a major global consultancy who helped us measure the progress of the countries, and they confirmed there had indeed been a massive improvement globally. That’s when we knew that we had built critical mass: that CYFI’s efforts had been successful.

JC: Do you still have appetite for more success and have you set the way forward? How not to get lost in success and how to keep transforming the world?

Lubna: It’s not very easy to say “ok, that’s it, mission accomplished.” There is always more that can be done. It’s a question of realizing when you are facing diminishing returns. That’s especially important in the methodology we used for CYFI – collaborative systems change. Our role was to create a movement, to create critical mass: a point after which the movement propels itself. It took us a long time to make the call that the movement was indeed at that point.

Bram: Yes, I think it’s quite tempting for an organization to want to continue doing what it was doing. But we really needed to stop and look at the bigger picture. We realized that our strength is our ability to create and harness such global movements.  That is what we do best, and that’s what we want to continue to do. So after a lot of self-reflection and discussion with our stakeholders, we decided to slowly move away from the space we had been working in, and start working in a new (but very linked space): youth entrepreneurship. It’s a natural progression of our work over the past 7 years, and a topic we have already spent some time working on in the background. We will once again employ the collaborative systems change approach to create low cost, high impact change to improve youth entrepreneurship.

JCN: Talking of system change, could you explain how you define it, and why there is danger in your eyes to confuse “scaling up” and “collaborative system change”?

Bram: We have developed a working definition with expert Cynthia Schweer from the Bertha Center at the University of Cape Town- “Collaborative Systems Change is a methodology to transparently mobilize a diverse set of actors in order to collectively imagine and create positive change in existing systems, or create new, more inclusive systems where they do not exist otherwise. Collaborative Systems Change recognizes that there is no one big answer to complex problems, but instead a plethora of smaller efforts working in harmony that culminate in large-scale social change.”

Essentially what you are doing with collaborative systems change is creating a global unity on a certain topic, and inviting everyone to take part, understanding that each one has a role to play in this greater effort. It is bottom up, inclusive, unifying. It gives ownership to the different parties and constantly invites new parties in, until ultimately the joint effort of all the organizations brings about positive change in entire systems.

The overall topic of Systems Change has certainly gained much traction over the years, which is a great thing as we as a society are striving to solve the causes of problems as opposed to simply treating the outward symptoms. However, many seem to believe that scaling is the way to achieve Systems Change. But collaborative systems change is such that the organization driving it should not be looking at scaling their efforts, rather, they should look at how they can continue to get new and relevant players in to the fold working towards the common goal, and in fact slowly starting to step back to let the movement players carry it forward. Obviously the idea of scaling is attractive, because, to be honest, it is much easier. Following one´s own agenda with one´s own people is much simpler, and gives fewer headaches than trying to coordinate a network of disparate players with different organizational agendas! But, at the end of the day, it simply is not sustainable, from an economic standpoint nor from an organizational standpoint. Thus, collaborate, collaborate, collaborate!!

JCN: From our perspective, CYFI has done an incredible job in convincing so many national authorities not just to join in CYFI Movement, but also making sure that they would endorse a “central” role to spin finance and economic empowerment of their next generations of compatriots. This is more than an asset. Do you see a role for them in your future fights and mission?

Lubna: Yes, 100%. The kind of change we are aiming for – systemic change – must involve the government, since we are aiming for international and national change. National authorities are responsible for the creation and implementation of policies and programs in their countries, and we look to them to play the role of coordinator with national stakeholders.

Bram: That is the beauty and the challenge of collaborative systems change. Governments change, agendas change, people within these institutions change. But we still insist on ensuring that the national authorities take the lead. We know that our approach means playing the long game, and patience and perseverance is very much needed. But it pays off by making the highest impact: by working with the government, you are able to bring about the changes in the system which will affect all the children and youth in a country.

Lubna: The other challenge of this approach is funding. Donors are much more inclined towards tangible, measurable projects with immediate results. It is not very enticing for donors to hear that most of our work involves working with policymakers, that we are trying to affect change in a very intricate system, so results are not so straightforward to measure, and that it will be a few years before we can see results. It really takes a forward-thinking donor to jump in with us, and we have been very fortunate to have had really amazing, visionary supporters.

JCN: You work as a pair of executives within CYFI: How bad is that to handle?

Bram: We’ve always have a culture of sharing and close teamwork at CYFI. Pretty much everything we do is a group effort. So us sharing the role of Managing Director was pretty natural. And I think it works; we complement each other’s strengths and weaknesses pretty well.

Lubna: Yes, of course there will be points on which we disagree, but that’s where we usually ask the team to support, or the board. One of my favorite things about sharing the role is that we can be in two places at once! That really puts the pressure off our travelling and meeting schedules. I love that!

NGO Advisor announces new platform and schedule for next rankings

“We took a big leap forward to integrate digitalization: it will save lives and make a difference to people in need,” says Christian Friis Bach, DRC’s top executive.
Privacy
When NGO Advisor makes data available online, we use cookies to help us to do this. Some can't be switched off, and some are optional to support your experience in other ways.
Manage options Manage services Manage vendors Read more about these purposes
See preferences
{title} {title} {title}